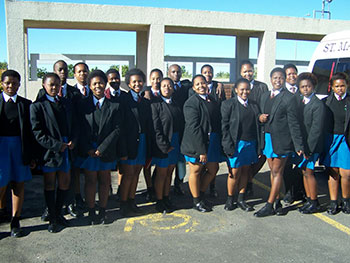 On the 11 of March 2017 the debate team represented St Matthews in Bhisho parliament. St Matthews was invited to the Eastern Cape Legislature in Bhisho to observe The State Of The Province Address Schools Debate 2017.We were very honoured to be one of the schools amongst the other schools to be chosen for the SOPA debate 2017.

There were four categories and in each category our learners participated, and delivered a speech. Overall winner of 2016 delivered a message of support, and then the premier “Mr Pumullo Musualle” delivered his speech. After the speech of the premier, the winners were announced from each category.

Thank you to our supportive principal and teachers for always supporting our debating team.