At St Matthew’s High School, we have got our top achievers, those amongst us that work the hardest and out-perform the rest. In third place is Chwayita Xhatana whom is doing grade 10, second place is Siphumeze Mkuli doing grade 10, and our number one Academic achiever is Siphelele Ulana.

We interviewed all three achievers first on our list was Chwayita Xhatana, she told us she felt inspired and has more power to do more than she did last year. She would also like other students to follow in her foot-steps and possibly do more than her. The key to her success is sticking to her books and being a hard worker.

Next on the list we have Siphumeze Mkuli, when we asked how she feels about being our second best academic achiever, she told us that she feels really blessed and honoured, and thankful to God that she achieved so much last year. It was something she didn’t expect. She would also like to inspire our next generation to go for what they want and aim high no matter how hard it may seem because in the end you will achieve something. She also said not to wait to do something but do it now while you’re thinking about it because we don’t know what tomorrow brings.

Last but not least we then spoke to our number one spot holder Siphelele Ulana.   When asked how he felt about being the Top Academic Achiever in 2018 he told us it was a shock to hear his name called during the assembly as the top achiever, it was also a proud moment that he hopes to achieve again. 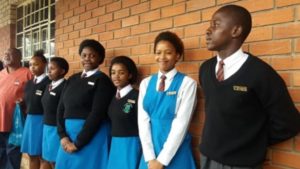 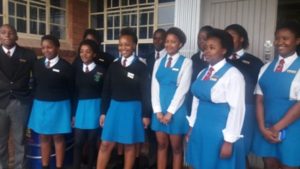